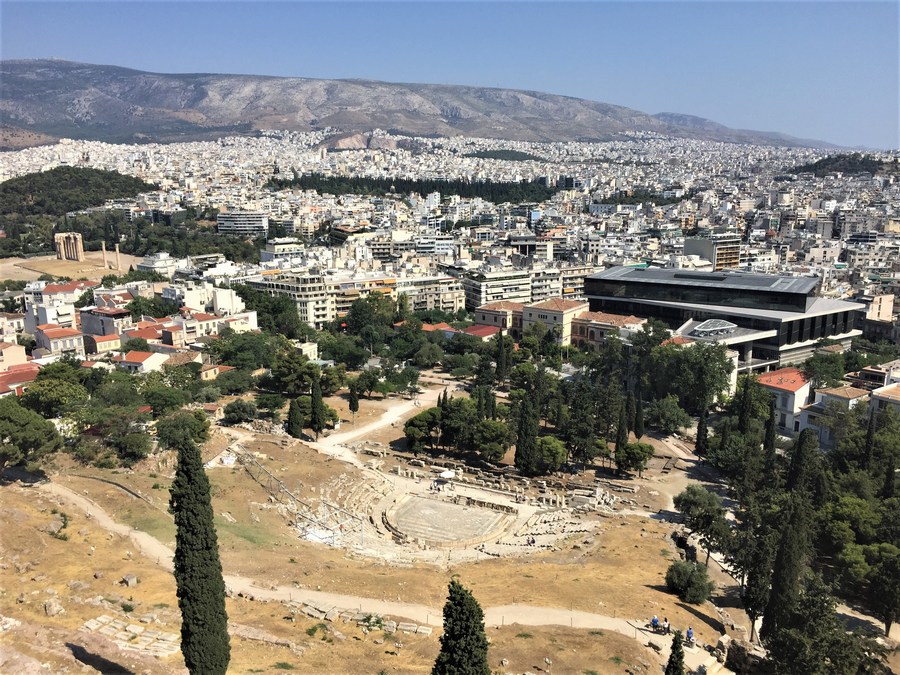 A day in the ancient Agora of Athens

Imagine, that you are a citizen of the ancient city of Athens on the 5th century b.C.You would like to meet some friends, go for shopping, learn the news of the municipality,pray to a deity, entertain yourself, have your hair cut, consult a philosopher, stroll, wherewould you go?? But of course, to the Ancient Agora! The political, commercial, cultural,center of the city! The place was so crowded, that the word agoraphobia derives from thisterm.

Everyone knew that not only you went there to learn the news but more important, togossip! (hmmmm 5 BC – 21 AC…. Not very far….)Once, a king visited the agora so as to have his hair cut. The hair dresser asked him: “howwould you like my king to have your hair cut?” And the king answered : “silently!”Apparently, he was the only one that just needed a hair cut and did not go there to gossip!If you were lucky, you could meet and talk to the wisest man on earth, Socrates, as theoracle of Delphi indicated.

And why was he indeed the wisest man on earth?? Because he was the only one that knewhis ignorance, and used to say: "I know one thing, that I know nothing!"But, if you were looking for answers, Socrates always answered with another question so asto make you think and find yourself the answer since he used to say 'know thyself' becausethe answers are inside us. And only we know what is best for us.

One of the popular students of Socrates was Aristippos. He was the first one to become asophist, a professional and paid teacher. He charged quite a lot to teach young people.One day someone brought his son in order to become a student of Aristippos. But becausehis fee was too expensive, he got angry and told him that with this amount he could buy ananimal! Then the sophist told him: “go ahead and buy the animal, and you will have twoanimals at home”.

For more inside information (…and gossips), join our tour in Athens!. Green value!!!